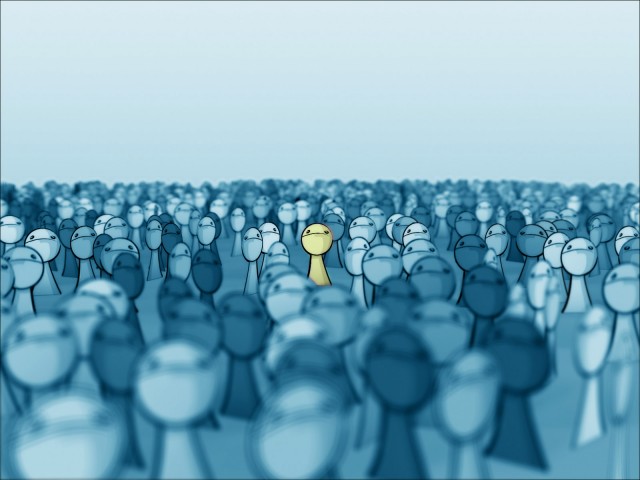 You ARE your Crowdfunding Campaign

The true power behind crowdfunding is not the tool in which one uses to raise their funds.

People buy from people they know, like and trust.

A failed crowdfunding campaign on one crowdfunding website isn’t going to have had a better chance of succeeding on another.  The crowdfunding platform does not a successful campaign make.  No. It’s in the way the campaign is run.

And the most apparent aspect of those successful campaigns, the thing that stands out first, is the personalized touch of the people running it.  The filmmaker that simply describes his film, is far less likely to build an interest and excited audience than one that explains why he needs to make the film.  The interest from a funder will lie in why they want to support the filmmaker, more than why they want to see the film when it’s complete.

Crowdfunding is not pitching to investors.

When you’re crowdfunding, you’re not pitching to investors.  You’re not offering up a reason why they should give you money because they’ll see a return on their investment.  You’re pitching to people – and people care about other people.  As we move into raising funds to make DJs Vs. Ninjas, we’re going to encounter far more people highly interested in who we are, in why we want to make this game, and why we ARE the people to make this game – than people that purely want the game made, whether it’s made by us or EA.

…your personality, and who you are, is what is going to spread.

It’s simple, we’ve heard it many times before.  People buy from people they know, like and trust.  It’s either that, or you go the Internet Marketing route and touch on their deepest, darkest fears and worries.  Not fun – go for the ‘know, like and trust’.  And that’s not going to happen by giving a by the numbers description of your product or project.  That’s going to happen by introducing your audience to you.  Every single interaction.  And often.

And your personality, and who you are, is what is going to spread.  And if you’re not actively promoting your project, no one else is going to do it for you.  Really, not unless you care the most.  And from there, you’ll end up with some true fans that care ALMOST as much as you do.  But not one will care MORE than you – and if someone DOES, you shouldn’t be doing this in the first place.